The U.S. economy will experience about a 6 percent contraction this year, but will begin to recover from its severe second-quarter downturn in the third quarter, according to the latest forecast of the American Bankers Association’s Economic Advisory Committee.

The group of 16 unanimously agreed that recovery would begin later this year but were split on the extent of the damage. A quarter thought it would peak at less 5 percent contraction while another quarter predicted a more than 8 percent shrinkage. Most predicted the economy wouldn’t return to pre-pandemic levels until 2022.

Uncertainty around consumer behavior — which has historically accounted for about 70 percent of the U.S. economy — caused the split in responses. Questions remain about the trajectory of the virus and how consumers will react as social distancing restrictions are lifted. Consumers have expressed hesitation about returning to certain venues, such as movie theaters and sporting events, in close proximity with large groups of people. Lingering unease about job security and pay will also likely affect consumer behavior.

“This is an incredibly uncertain and unprecedented time,” said Catherine Mann, managing director and global chief economist at Citi and the current EAC Chair. “It remains to be seen whether and when consumer behavior and business activity will return to the normal levels we used to know, while many believe there will be substantial changes in the post-pandemic world.” 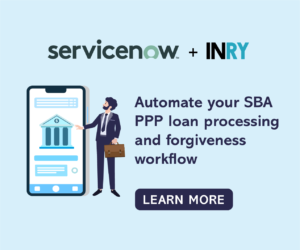 The national unemployment rate, which started the year at 3.5 percent, will average close to 16 percent in the second quarter before declining to 10 percent by year-end, the group forecasted. There is substantial divergence in views on how the labor market will evolve, with forecasts for the unemployment rate at the end of 2021 ranging from 4 percent to 13 percent with a central tendency of around 7 percent.

The committee’s consensus outlook for consumer spending is a steep contraction in the first half of 2020 before a recovery begins in the second half to an overall decline of 7.3 percent for the year. On the business side, the EAC consensus is that firms will let inventories run down through year-end, then rebuild gradually next year. Capital investment is predicted to fall 11.7 percent for the year then grow 6.1 percent in 2021, with investment in information technology leading the recovery.

Regional recoveries are likely to reflect patchwork reopenings. Cutbacks in global oil production have curtailed supply and stabilized oil and gas prices, such that regions more dependent on the oil sector have been spared even further deterioration. Tourism dependent regions have also suffered greatly.

The members of the 2020 ABA Economic Advisory Committee are drawn from some of North America’s largest banks:


Source link
Don't Miss it Can you contract coronavirus from a surface or object?
Up Next There Are Rumors ‘Kingdom Hearts’ Is Getting a Disney+ Show

French economy and finance minister Bruno Le Maire, one of the main proponents of a digital tax on global internet…

The Rural Mainstreet Index decreased for the first time since the pandemic began, when April’s measure plunged to a record…