With banks turning risk-averse, credit growth in the Indian banking sector has remained low at 6.2 per cent for the fortnight ended June 5, but deposits have increased by 11.3 per cent in the same period. This has resulted in many banks cutting deposit rates to protect their margins.


Banks have also lowered their lending rates following the cut in the benchmark rates by the Reserve Bank of India (RBI). The banking system was in surplus liquidity during the fortnight ended June 5, and is expected to remain in a surplus position with the growth in bank deposits expected to be higher than the growth in the bank credit off take, CARE Ratings said.

With the RBI reducing the cash reserve ratio of banks by 100 basis points to 3 per cent, banks are allowed to borrow an additional 1 per cent from their SLR investments, which has resulted in banks purchasing more government securities due to risk aversion, CARE Ratings said. 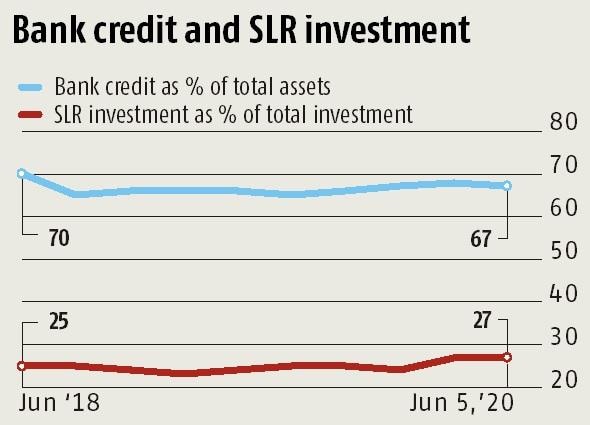