In the second week of April, a bunch of independent musicians livestreamed their performances on Instagram and Facebook for an online event called Kerplunk, with an appeal to the audience to donate. The campaign was organised by Kaushik Barua and Vikram Singh Kushwaha, founders of Qrated, a community organisation that promotes independent artists and musicians.


The lineup included over 50 musicians and the event fetched about Rs 1.50 lakh, a meagre amount that was distributed among the performers. A few decided to forego their share for those who desperately needed the money. “Some musicians didn’t even have the money to buy groceries. The event helped them,” says Barua.


Singer-songwriter Ankur Tewari believes online gigs cannot replace live shows but given the situation, they’re not bad for a start. “A lot of independent artists depend on the live scene for sustenance and it doesn’t look like we’ll be able to do live gigs anytime soon, not for at least a year,” adds Tewari, who sang alongside actor Alia Bhatt and her sister Shaheen for I for India. (This was an online event held on May 3 to raise money for Give India’s Covid response fund in which Facebook collaborated with leading names in the Indian entertainment industry.) 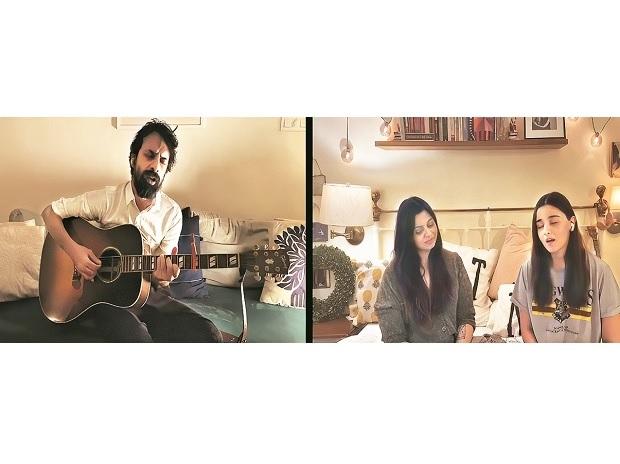 
The only option then is to go online. Ideally, through a philanthropic platform or via a business model that has a sense of the scene.


HCL Concerts, an initiative of the Noida-headquartered IT services and consulting company that has been promoting classical performing arts for 22 years, already had things in place when the lockdown was announced. Since it had started putting performances online last year, it wasn’t difficult for it to launch Baithak, a series of online performances, in the middle of the shutdown on its Facebook page (available for free). Soutrik Chakraboty of Fox In The Garden playing an online gig


Since it started, the series has featured a mix of established names such as Vishwa Mohan Bhatt, Shujaat Khan, Purbayan Chatterjee and Rakesh Chaurasia and young artists like Ghulam Hasan Khan and Ramprapanna Bhattacharya.


“Every concert requires some steps to be taken before the streaming begins, such as testing the musicians’ internet connection, the sound quality on their mobile phones, and so on,” says Kaul. “Some of these tests have to be done more than once but our understanding of using technology for performances helps us in overcoming the logistical and technical challenges.” 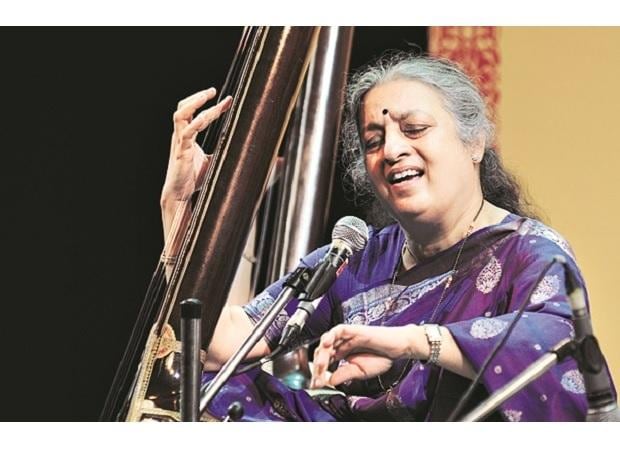 Kaul says while the musicians are “compensated appropriately” (he does not give specifics), digital concerts are still at a nascent stage with regard to commercialisation or sustainability. “Several performers and corporate entities are experimenting with different operating models to see what works and what doesn’t.” He adds that while they are engaging with a lot of performers to explore how these concerts and their surrounding experience can evolve to become more viable for brands (as sponsors) as well as for them, “we are just at the beginning of this journey”.


The National Centre for the Performing Arts (NCPA) in Mumbai has also come up with a digital series, NCPA@home, on its YouTube channel. What’s, however, playing on it is NCPA’s archival content from across genres — Indian and international music, dance, orchestra — and is available for free. Known for its out-of-home entertainment ecosystem, ticketing website BookMyShow is now curating stay-at-home experiences and looking to work out some sort of a financial model for itself and the performers it features. It has collaborated with entertainment company Live Nation, Vodafone, NCPA, Big Bad Wolf Entertainment, among others to livestream music, theatre, standup comedy, fitness sessions and the like on its series “From Home to Home” — from the artist’s pad to audiences’ living rooms.


Albert Almeida, COO–Live Entertainment, BookMyShow, says they are seeing “green shoots of revenue with tangible partnerships”. “We have started testing the waters as far as ticketed events are concerned. Should the appetite for live entertainment experiences at home continue with significant demand, we are optimistic that we will have consumers and brands paying for it to make it commercially sustainable. These are conversations that are already shaping up with results trickling in slowly and steadily,” he adds.


The number of offerings has increased since BookMyShow first started its virtual in-home entertainment series on March 25 with Live from HQ, an online series that features several performers and acts. “We had a viewership of over three million last week, and we’re seeing an increase of almost half a million each week,” he adds. This number, however, refers to BookMyShow’s entire bouquet and not just the performing arts.


Online shows are unique because they offer interactivity and a glimpse into a performer’s most intimate space. “We have seen great traction for the Q&A sessions that bring fans up close and personal with their favourite artists,” says Almeida. And there are surprises too. Prateek Kuhad, for example, sang an unreleased song, “Kasoor”, and another untitled number during his first performance on Live from HQ.


Kuhad, however, is an established artist who can draw audiences even on a virtual platform. But what about less well-known ones? “We are working with our partners to bring as many theatre performances and artists on board,” says Almeida. The digital platform has enabled performers across genres and formats to reach new audiences as the geographical barriers have melted away, he adds.


There are but a handful of such established platforms. And so performers are turning to other models to survive. Soutrik Chakraborty, lead vocalist and guitarist at Mumbai-based band Fox in the Garden, believes the pay-per-view trend might help musicians generate some income, and so might platforms such as Bandcamp through album or merchandise sales.


“Since I work with advertising productions and over-the-top (OTT) platforms, I have some reserves to manage expenses. But live and session musicians are compelled to go online and ask their audiences to pay whatever they can,” he says. Chakraborty’s band recently released its maiden album, Sunny Boy, on Bandcamp, Spotify and other digital platforms.


Mumbai-based singer and songwriter Raghav Meattle, too, says that for him the situation isn’t dire since he works at a music label and has a regular source of income. “But a lot of my musician friends are struggling to even pay their house rent.” Meattle, who regularly features on Instagram Live with other musicians these days, says online gigs are perhaps the only way artists like him can now make some money, provided they have a sizeable social media following. Pay-as-you-go platforms such as StayIN aLIVE are also an option, though an uncertain one. 
“It’s getting to a point where it has become difficult [to survive],” says Mumbai-based Carnatic-jazz singer Aditi Ramesh. “Some people have started teaching music online, while others are doing online gigs but these projects don’t pay much.”


Ramesh is working on a few background scores for short films from her home studio, but the rates for ad jingles have fallen and work is limited.


The going rate for jingles for TV commercials was between Rs 75,000 and Rs 5 lakh. For a background score on an OTT platform, musicians in Mumbai earned up to Rs 2 lakh per episode, and for YouTube, the fee per episode was Rs 35,000-60,000.


Corporate gigs paid very well (Rs 80,000-3 lakh), depending on the reputation of the musician or the band and the company. For weddings, a band would get anywhere between Rs 50,000 and Rs 1 lakh.


Musicians reveal that now for background scores on OTT platforms they are being paid even less than what they used to get for jingles.


“The flip side is that people are creating new content. Even I released a song about the current times, and people are relating to it. But the problem is, it doesn’t pay,” says Ramesh.


Abhishek Gurung, the lead vocalist of Kolkata-based band Gingerfeet and one of the finalists at Season 2 of talent hunt show The Stage, is considering going back to his hometown, Darjeeling, till the situation improves. “The cost of living is very high in big cities and I can manage the same work from home without the worry of rent and bills,” says Gurung, whose band also played in Kerplunk. “As long as these online events flourish, it’ll help us. Otherwise, it’ll be very tough,” he says.


For Arghadeep Barua, who received widespread acclaim for his role in the Assamese movie Aamis, the lockdown came as a huge jolt. “It started with a drastic fall in all our shows,” says the lead vocalist of rock band Bottle Rockets India. “College fests and suchlike help us generate money to record new music or invest in instruments. We’ll lose on all that this year.” Playing online is an option but it is fraught with uncertainty. Dr. Saeed Alam during one of his plays


Theatre artists have it even worse. “I cannot perform without an audience sitting in front of me,” says playwright, director and actor Sayeed Alam in his idiosyncratic style.


Alam, who leads Delhi-based theatre group Pierrot’s Troupe, is usually very busy at this time of year with rehearsals or shows at the Little Theatre Group (LTG) Auditorium, the Shri Ram Centre for Performing Arts or other such cultural hubs in the heart of Delhi. But Covid-19 and the subsequent lockdown have, he says, “snatched our visibility”.


People won’t sit for an hour or so to watch a play online, and if the rush to go online increases, “the supply will exceed the demand,” he says. In which case, “we will either have to sell our products for too little, or for free”. “People will think twice before paying for a play because they will have so many OTT platforms that offer so much for free.” Performing artists weren’t earning much before Covid-19 anyway, so it would be wiser if they spent this time investing in their craft rather than reacting in a knee-jerk manner, he advises.


The younger lot, like Ananya Shrangi, who used to juggle a corporate job on weekdays and theatre on weekends, feels it’s a “perform online or perish” situation for many. Theatre artists and crew get paid on assignment basis, but with everything shut, there is hardly any income, adds Sanjiv Chopra, who heads Delhi-based Dramatech Theatre Group. Since there is no dedicated body or society for theatre, an organised response for relief is not possible, and going online would work only for established artists, he says.


In this virus-hit time, our entertainment consumption has gone up significantly, but entertainers are staring at a bleak future.

Don't Miss it These are just some of the ways ETFs and index funds have made financial markets more unstable
Up Next What’s the Strange Ailment Affecting Kids With Covid-19?

Robinhood, the financial technology startup credited with helping popularize trading among millennials, has increased its latest funding round from investors…

Seeking advice is great, but conflicting opinions can leave a founder’s head spinning. Here’s how to manage mentors. September 22,…

Observe.ai, a startup developing AI-based transcription and analytics software for call centres, has raised $54 million in its Series B…

September 22, 2020 6 min read Opinions expressed by Entrepreneur contributors are their own. It’s been a struggle trying to…

HDFC Bank has put out on its website eligibility rules for loan restructuring, explaining what the scheme…